Why This Hotel Cocktail is Made with Gold

About Montreal, Quebec
Montreal was once home to ¾ of Canada's wealth, and the Golden Square Mile neighborhood is where that wealth and prestige lived. This historic district has been compared to New York's 5th avenue. Streets beginning at the base Mount Royal were lined with the mansions of Canada's elite: Scottish-immigrant shipping and railroad tycoons, bank founders and nation builders.
Remaining mansions have been incorporated into prestigious McGill University, become museums, cultural institutions, galleries, boutiques… and luxury hotels like the new Four Seasons.
Four Seasons Hotel Montreal
In the heart of the historic Golden Square Mile, it's a high concept, modern building. The Four Seasons shares a dramatic façade with Golden Square Mile landmark, the luxury department store Ogilvy. There are interior entrances for hotel guests and shoppers can enter the hotel directly onto the fourth, lifestyles floor, where the New York-based celebrity chef Marcus has a namesake restaurant, and already one of the hottest lounges in town. 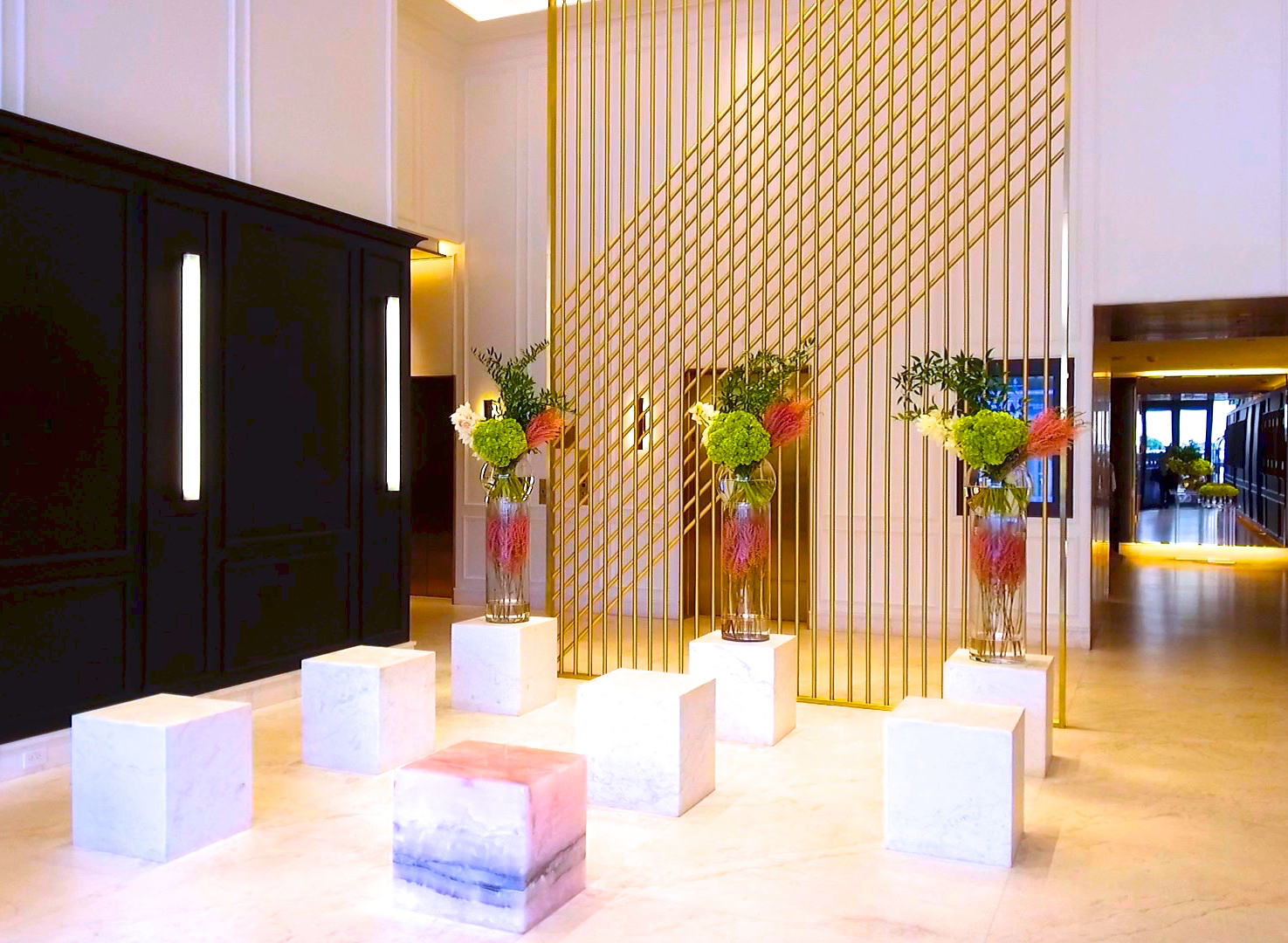 Inspired by the neighborhood and also very on-trend luxury design, gold and a blush – yes, the color often called 'Millennial Pink' are a recipe for instant instagram fame. Check out the video for the other ways the Four Seasons Montreal Hotel makes your stay 'golden'.
If you haven't been to Montreal recently, the Golden Square Cocktail at Montreal's new Four Seasons Hotel (VIDEO ABOVE) is just one reason to book a trip or a pre or post cruise stay in the second-largest French-speaking city in the world.